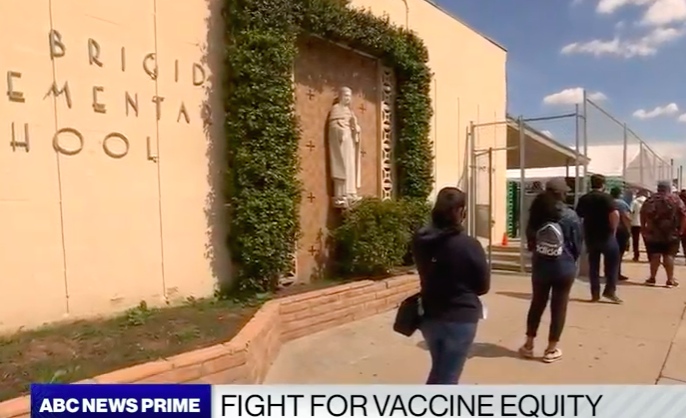 In less than two weeks, One LA - IAF leaders launched a pilot effort to vaccinate close to 900 senior citizens and essential workers in the hard-hit South LA community around St. Brigid Catholic Church. Originally planning to vaccinate 600 people, the two-day event accommodated hundreds more who were eligible as word spread in the community.

"The issue is vaccine access," said Jim Mangia, President and CEO of St. John's Well Child and Family Center in an interview with ABC National News. "Most people in South LA have not had access to the vaccine. There's not hesitancy- people have questions of course, but people want to get vaccinated. The issue is that there was nowhere for them to go."

Nowhere to go, that is, until One LA leaders began organizing. After months of advocating for a more equitable vaccination campaign targeting hard-hit neighborhoods, One LA leaders secured a partnership with Supervisor Holly Mitchell and medical partner St. John's Well Child & Family Center to bring the vaccines to the neighborhood around St. Brigid Catholic Church. 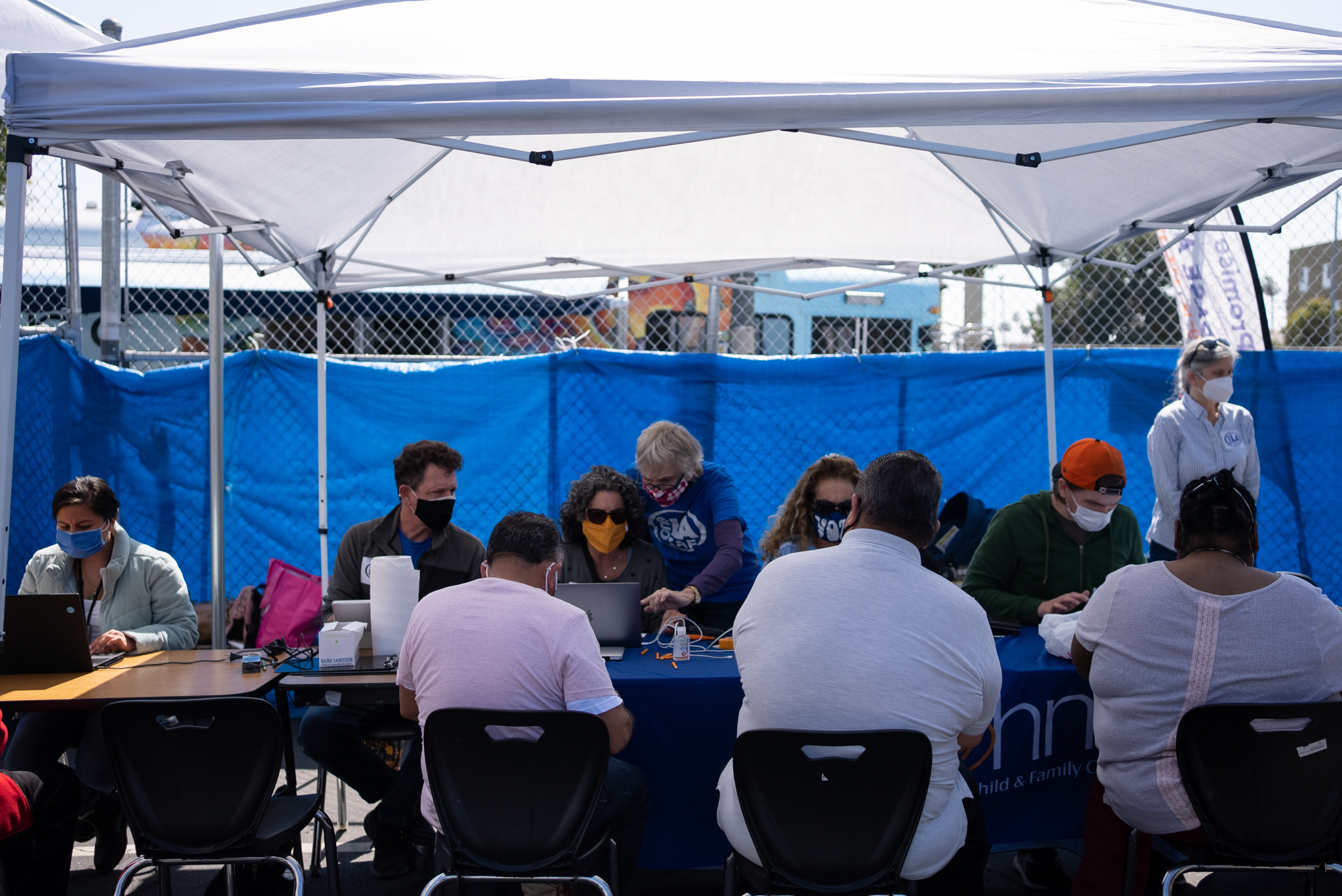 "Unfortunately, it is one of the least vaccinated areas in Los Angeles," said Fr. Kenneth Keke, Pastor of St. Brigid Catholic Church. "One in five residents have had Covid-19, and only 1 in 18 have been vaccinated. We are going to change that. We don't want anybody left behind."

Over the course of four days, One LA leaders  went door to door, passed out flyers and called 4,000 households. The targeted approach shielded the vaccine supply from out-of-the-area "vaccine chasers," but more importantly reached people who otherwise wouldn't be able to access the vaccine at all.

Meaghan Myrtle, a 90 year old resident of the neighborhood, had been trying for months to secure an appointment. Ms. Myrtle had no access to transportation or the internet. "This church called me back. Nobody else called me back." 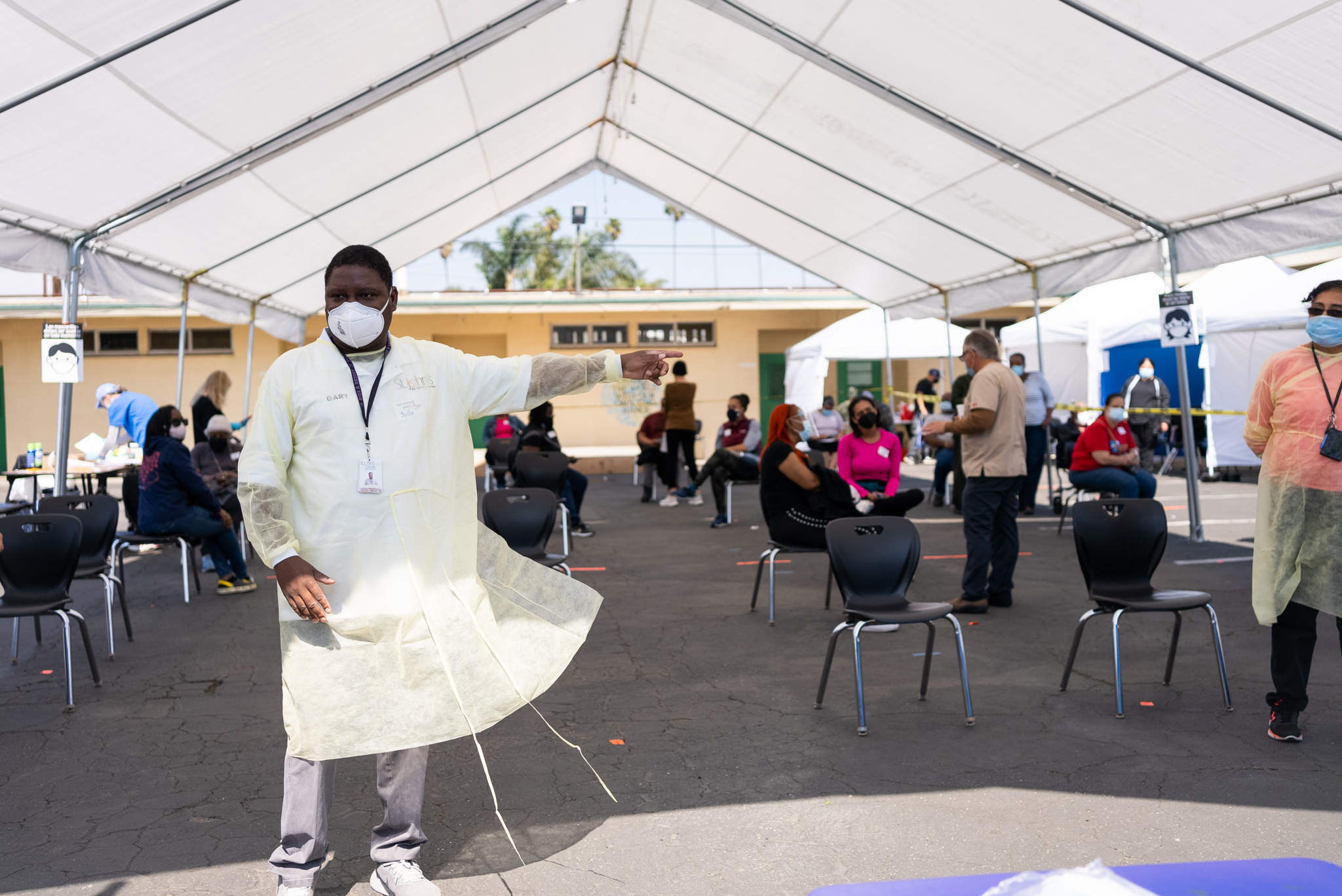 One LA leaders are now working to duplicate the pilot in other hard hit communities, and to work with LA County to add these neighborhood-based pop-ups to the many methods needed to vaccinate the whole county.

"A year into this pandemic, we refuse to stay at home anymore," said Phaebra Croft, a One LA leader with St. Brigid and teacher with LAUSD. "Don't let anyone try to convince you that our communities don't want this vaccine. Demand is high and will only get higher."