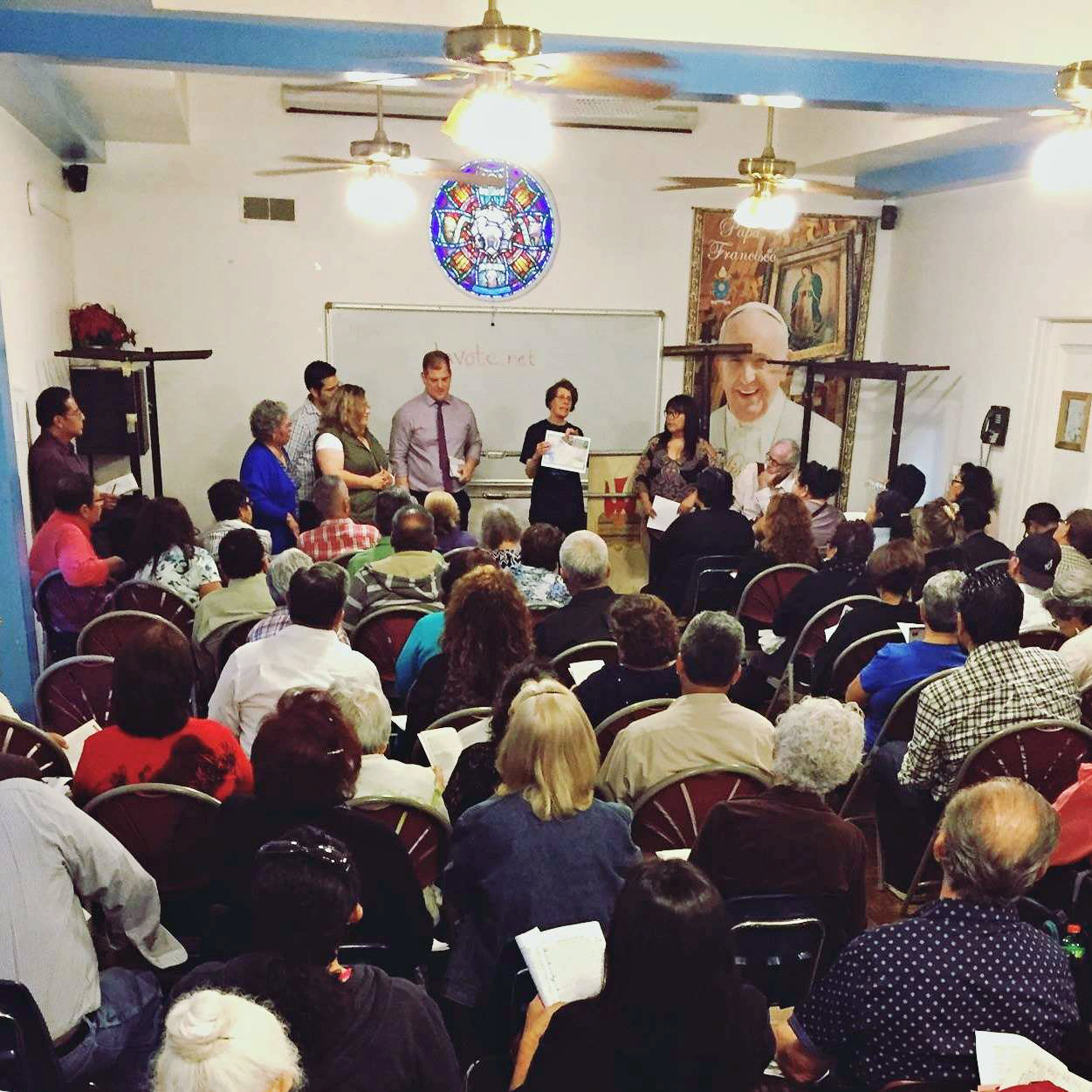 One LA works on issues that emerge from the interests and values of its member institutions.

Leadership Development – One LA's primary work is to develop leaders in congregations, schools, and non-profits to help their institutions strengthen and grow, and help them act on the issues that are important to them.

Public Transportation – One LA led a 4-year campaign, with allies, to shape and pass Measure M to raise $120 billion for new rail lines, improved bus service, and street/highway projects, which will create hundreds of thousands of jobs and make traveling to work, school, or place of worship easier for people across LA County.

Health Care for All – One LA won an agreement from the LA County Department of Health Services to conduct healthcare enrollment at our member institutions.  We trained 350 leaders to hold over 100 events which helped enroll 146,000 to date.  We fought to create MyHealthLA to cover undocumented residents, securing $6 million more in funds.

Criminal Justice Reform – One LA made Prop. 47 accessible by assisting over 500 people convicted of petty, non-violent crimes get their records expunged or reclassified at Breaking the Barriers events, helping them re-enter civic and economic life. We did voter education and GOTV actions to support CA Prop. 47 and CA Prop. 57 for sentencing reform.

Housing Security – 2,000 One LA leaders rallied to win $11 million from the City of LA and the CA Housing Finance Agency to reduce mortgage principal for ‘underwater’ homeowners, then won agreements with banks to negotiate modifications, saving more than 500 families from losing their homes. We also organized to win better living conditions in apartments and did voter education and GOTV actions to help pass LA City Measure HHH to combat homelessness.

Education Reform and Equity – One LA has organized to pass school bond measures, developed ‘Alliance Communities’ of parents, educators and neighbors in support of schools, launched the Algebra Project in two high schools, and is organizing to act on neighborhood issues that effect educational success.